While not a shock device, this is just another example of how the power of electronics has been harnessed to virtually guarantee your dog will grow up to be emotionally damaged. Here's a clip from the product description: "﻿Advanced technology makes housebreaking your dog easy, while preventing puddles in the process! Just clip the highly sensitive, wireless moisture sensor and microprocessor inside your dog's diaper or belly band. When it senses just 1 to 2 drops of urine, it transmits a signal to the alarm, which startles your pet and causes him to immediately stop urinating. You can then correct the behavior and show your dog where you want him to eliminate."

So if Fido piddles a little, a nasty alarm will go off in his ear that will accomplish what? My experience tells me that puppies with a full bladder, when startled, tend to pee. Well, don't they?

The ad goes on to say "Safe and effective for dogs of all ages, breeds and sizes". I don't think so.

This item was offered for sale by In The Company Of Dogs online catalog, and although the item listing is still out there to view as of this writing (http://www.inthecompanyofdogs.com/itemdy00.aspx?T1=D13275&ref=us), the item itself is listed as "Sorry, no longer available". Thank goodness. We don't know if this is because of backlash from people with good sense and a heart for their dogs directed towards this purveyor of otherwise innocuous if not overpriced dog-lover stuff, or possibly some trademark problem with the dozen or so other dog house-training products also named "The Potty Trainer". So if you should see this little nasty offered for sale anywhere, I would encourage you to write to the manufacturer and retailer to let them know exactly what it is they're offering. For those of you who train, let your clients know what this little gem is all about and help head your clients off from making some very bad decisions.

The good news is that if you type "the potty trainer for dogs" into your search engine, you'll find a list of dozens of safe and effective products, including turf boxes, pads, documents and other stuff that will actually help someone teach their pup good house manners.

No Shock Collar Shirts Available from now until Nov 15, 2013!

No Shock Collar identity t-shirts are now available for purchase from Booster.com. These shirts are heavy-duty Gildan black unisex T's in a full range of youth and adult sizes, so something for everyone. Profits from the sale of our shirts will go towards the care and feeding of our blog, domain name registration, other administrative costs, as well as development of brochures and other materials we'll be developing to further our cause.

Please support the NSCC by picking up an NSCC t-shirt (or two!) at https://www.booster.com/noshock

If you'd like to add your name to the growing list of professional dog trainers, behavior consultants, pet parents and others who want to take a stand against the use of electric shock collars for training dogs and controlling their behavior, please CLICK HERE to sign up.
Posted by baddogsinc at 11:14 PM No comments:

Getting Back On Track

Our blog and coalition has been pretty dormant for some time now. Keeping a creature like this alive and well requires some work and attention, and we've had our struggles in the last few years with business building through our recession, family changes and the loss of a few talented supporters who had promised to provide blog fodder and research to keep our links and information fresh and meaningful. Last year, when the domain name came up for renewal, I frankly spent some serious time considering just letting it go.

But after talking things through with a few friends, colleagues and trusted advisors and mentors, I decided it was time to try to breathe some life into the NSCC and re-enervate our movement. The support of like-minded trainers, behavior consultants and owners/guardians of companion dogs who have been educated enough to know that training without force or pain is the most efficient and durable method will be ardently solicited and gratefully accepted. This is no small feat, and I have no more illusions that I can spin all these plates on my own.

The NSCC will never campaign for bans on equipment. That's not because we believe these devices are appropriate or useful in any way as training tools, but calling for bans will work against us in the long run.
For those of you who want to get more actively involved, you're invited to contribute whatever you can, including original articles, testimonies and links to quality material we can include on this site. Please send any submissions you have to nscc@baddogsinc.com, and I'll do my best to respond timely, and post your data as quickly as possible.

We'll also be running a couple of fundraisers throughout the year to help us offset the cost of domain name registration, website maintenance and design, media and collateral production and other stuff we can use to promote our message. These fundraisers will involve sales of t-shirts and other items that sport our identity and allow you to show your support in more ways than one!

Thanks to all who have been so supportive and encouraging, and to everyone who believes in training that is effective and pain-free.

To the Members and Supporters of the NSCC,

I was deeply saddened by the recent announcement by Premier Pet Products (http://www.premier.com/) regarding their acquisition by Radio Systems Corp (RSC). As you are probably aware, RSC is one of the leading manufacturers of shock collars and electronic containment systems. Of course, you're familiar with Premier as the leading manufacturer and distributor of dog training equipment primarily directed to positive reinforcement trainers.

If you haven't heard about this, or read the announcement, the full text is available on Premier's web site: http://www.premier.com/View.aspx?page=about/premier/rsc/letter/

Sharon Madere, founder and President of Premier, has made some interesting assertions in her announcement letter, which you can read and interpret for yourself. I believe it is notable that Premier originally 'partnered' with RSC, because their superior engineering and manufacturing capabilities lent themselves to helping Premier enhance their electronic "spray" products category. These include the "Spray Sense" product line, which are air or citronella delivery devices used for "bark control" or "behavior modification". In my view, these devices are simply another remote aversive-delivery system, and very well may have more inhumane impacts on a dog's behavior than even the shock collar.

For Premier to assert that the partnership with RSC will realize enhancements for the positive training world is, to me, disingenuous at best, particularly since this alliance was created so that Premier could 'enhance' their own aversive-delivery systems.

When we started this movement in 2006, my personal vow was to never knowingly contribute to the bottom line of any company, organization or publication whose livelihood was in any way enriched by the sale or promotion of shock collars and electronic containment systems. Since Premier is now owned by RSC, I am sadly forced to discontinue selling. promoting or recommending any of their products, which include the Gentle Leader, Mannersminder and many other useful items.

Each of us has to determine where we fall as individuals in this situation. While I remain open to the (however far-fetched) possibility that the alliance between RSC and Premier will result in Premier's positive orientation influencing the reduction of the development and distribution of electronic shock collars and containment devices by RSC, I will no longer be able to promote the sale of any product manufactured and distributed by Premier as long as shock devices are on RSC's menu.

In the coming weeks, we'll be looking to devote pages on this site to helping trainers, behavior consultants and dog lovers in general find alternative manufacturers and distributers of similar devices to those we've come to rely on from Premier. 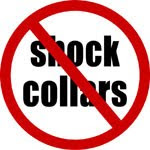